You’re an engineer, a scientist, a maker of men (iron men, of course). Explore the scientific world of forces and magnetism, metals and materials. Expand your mind as you test and trial, build and move. Which force is at play as you slide down a slide or swing on a swing? Can you explain why magnets repel and attract? Can you make a penny look shiny and new or build a steel band from pots and pans? Then, meet Hogarth the Iron Man’s companion. The Iron Man wants a friend. Can you build him one? You must make him strong, sturdy and ready to rumble. If you were a metal, which one would you be? Gold, a shimmering, precious and costly mineral? Or steel, that strong and useful alloy? Maybe you’re iron, malleable and easy to shape, but ready to rust. Maybe you’re not a metal at all, but a force to be reckoned with. 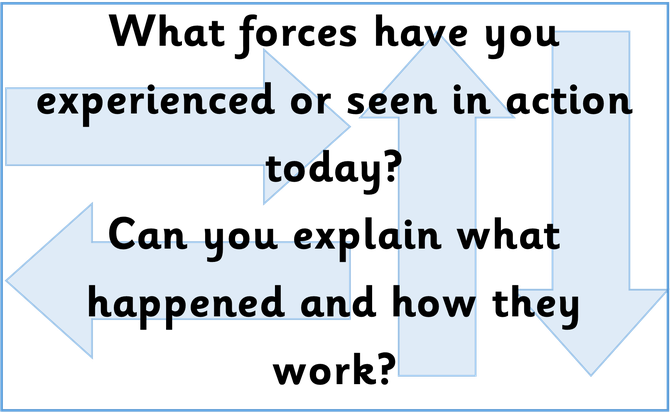 To get our new project off to a brilliant start, Class 2 have created some amazing art work using tin foil! The children have used a variety of techniques, including painting, scrunching and embossing to create their artwork; it is very impressive!

This week, we watched a clip about the different beliefs of people following Sikhism. This prompted a very interesting discussion about our own beliefs. It was amazing to hear how important charity and fundraising is to some of us. As a class we decided that we should always try and do our best for people who are less fortunate than ourselves.

Our question to investigate today was 'Are some magnets stronger than others?'. We used five different magnets and drew upon our fair test knowledge from last week. Changing only one thing at a time and keeping all other variables the same, we found out which of our classroom magnets was the strongest and which one was the weakest, by measuring how close they had to be to the paper clip before it was attracted to the magnet. 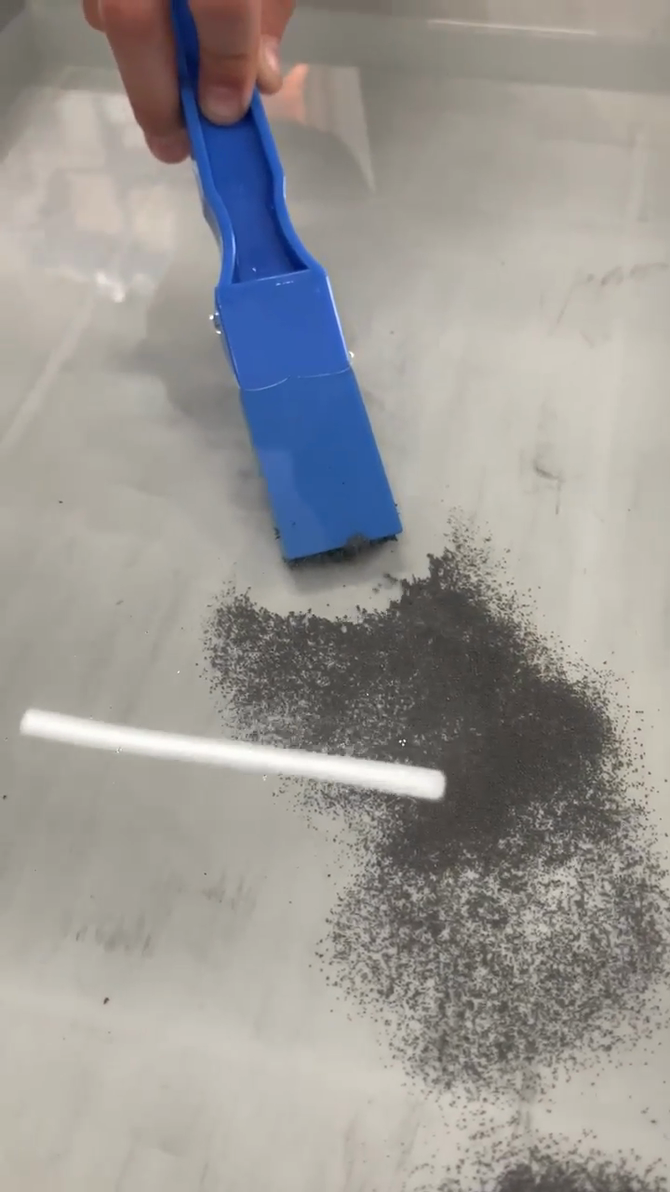 We have been investigating magnetism by going on a magnetic scavenger hunt! We used different magnets to find a range of magnetic items in our classroom, before discussing their properties and materials. We found that all magnetic items are metal but that not all metals are magnetic. 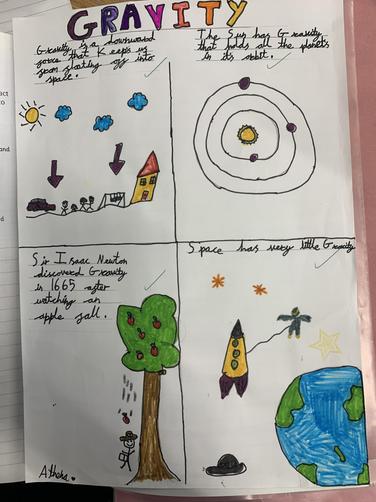 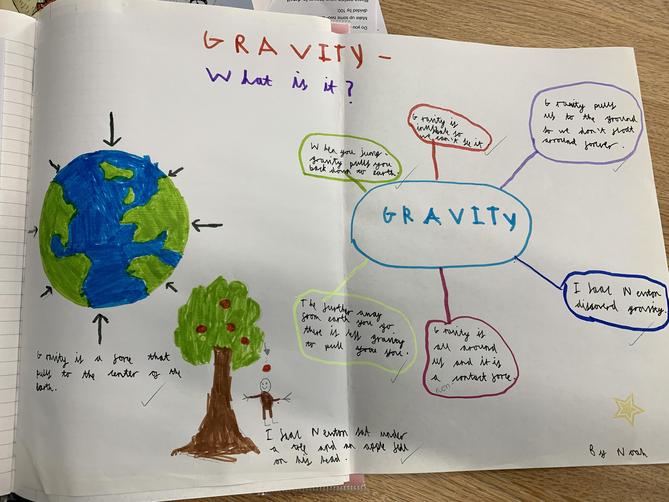 We had great fun at our first swimming lesson this week and can't wait until next week!

Reading Comprehension through RE

This week during reading comprehension, we have using the strands of define and inference.

We watched a clip all about the 5 Ks of Sikhism. Using the information, we were able to then give detailed definitions about what they are and what they represent.

We then used our inference skills to reflect on how we would feel if we were to follow the 5 Ks and which one we would find most difficult.

We also enjoyed wearing the 5 Ks ourselves!

We used a cross cutting drama technique to retell the story of how Guru Gobind Singh chose his first five members of the Khasla Sikhs - The Five Beloved Ones.

For our memorable experience, we thought about our activities and hobbies outside of school. We discussed the fact that we need to wear and have certain equipment in order to take part in these.

After selecting a group that we belong to or a hobby that we have, we chose five things that represent the activity. We used these five things to design a badge for our activity.

Over the next few weeks we will be learning about the Sikh festival of Vaisakhi. This is the celebration that commemorates the day when Guru Gobind Singh gave five symbols for ordained Sikhs to wear to identify them as Khalsa Sikhs.

We started our new project by investigating forces. We learned that all forces are either a push or a pull, so we looked into what happens when we both push or both pull. We found that when the forces were equal and opposite, we were balanced. 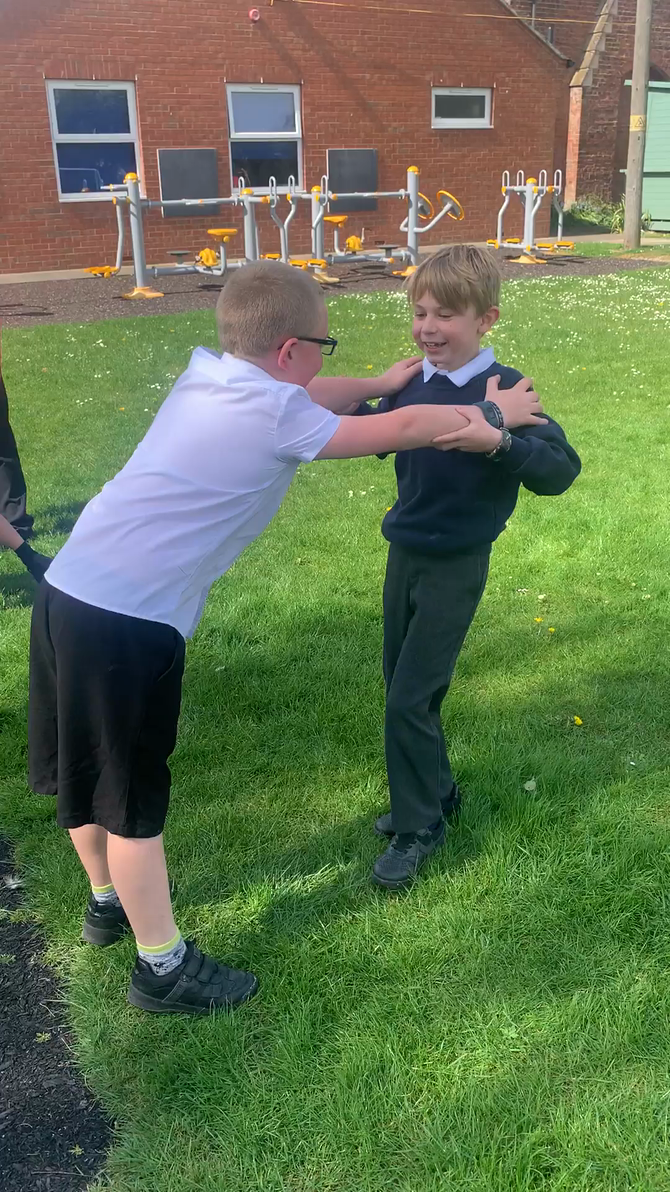 Later, we used the exercise equipment to investigate the forces that we had to apply to create motion. We found that we had to push and pull in different directions. We talked about gravity and realised that the more force we applied, the faster the motion.