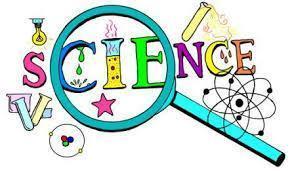 At Gipsey Bridge Academy, we encourage children to be inquisitive throughout their time at the school and beyond, fostering a healthy curiosity in children about the world around them. We strive for children to acquire key knowledge throughout the programmes of study and give opportunities for working scientifically wherever possible.

We were fascinated in Class 2 when finding out about the digestive systems of a cow, snake and a chicken. We compared them to that of a human, noting similarities and differences. We were shocked to find out that a cow has 3 stomachs!

What is spit for?

Class 2 carried out a science investigation to explore how enzymes in our saliva break down starch into sugar.

We chewed crackers for different amounts of time and after spitting the bolus out, we added iodine and water. Iodine turns dark blue/purple when starch is present. We found that the longer the cracker was chewed, the paler the cracker solution was so there was less starch. We concluded that the enzymes in the saliva had broken down the starch to sugar.

Class 2 spent some time looking at the different types of teeth humans have, thinking about their shapes, sizes and functions. We then created our own dental impressions and identified the different teeth in our own mouths. It was ideal that some of our class have lost some of their milk teeth recently as the gaps in their impressions made it obvious which teeth were which!

Class 2 set up their investigation to see what effect different drinks had on their teeth. They used an egg because they knew that an egg shell protects the inside of an egg similarly to enamel protecting our teeth.

Class 3 were sent some 'Gold Dust' from Alchemy Island with the instructions to add spoonful's to cups of hot and cold water. The children then had to monitor whether the dust would dissolve or reach a saturation point.

Class 3 have been exploring the metal, rocks and gems that might be found on Alchemy Island. They were given a selection of rock samples and were tasked with testing them for hardness, transparency and magnetism.

This week in science, Class 1 have been investigating their senses. We have spent time investigating herbs and discussing our favourite senses.

In science this week, Class 1 have begun learning about what plants need to grow. The children had great fun working in groups to plant a variety of different vegetables.

To start off their project, Class 2 looked at different ways of classifying sea creatures, before learning about the different layers of the ocean and which creatures can be found at each level. They found out that the trenches level can be as deep as 11,000m!

Class 3 have been investigating how polar animals have blubber and thick skin to adapt to the extreme temperatures of the Arctic and Antarctic. The children had to submerge their hands in a bucket of ice cold water: first with a disposable glove, then 2 gloves, then 2 gloves with a layer of air trapped between them and finally with one glove covered in fat. The children then compared how it felt with the different layers.

In science, Class 1 have been learning all about how sound travels and investigating if the size of our ears makes a difference to the amount we can hear! The children had great fun testing out their giant ears!

Today in Reception we put our own twist on the crash mat experiment. We explored different materials, made predictions and then tested to see what we could use to make a safe landing for our characters who have just climbed a beanstalk.

Class 1 have been investigating how the amount of water in a glass container affects the pitch of the sound made when the container is tapped with a pencil.

Celebrating British Science Week: Bee hummers, bubbles, magnets and optical illusions! We had so much fun exploring a range of science concepts!

Is the sun good or bad? We looked at the positives and negatives of the sun. We then delved deeper into the how the sun can cause damage to our skin and to our eyes due to the ultraviolet light it emits.

We searched for our sunglasses and set up an investigation to prove that sunglasses can protect our eyes from the UV light.

Using UV beads, we compared the beads in different conditions. We placed some inside (where there is no UV light), some in the sunshine (high UV light) and some under sunglasses outside (UV light that is blocked by a lens). The beads become brighter in colour the more UV light they are exposed to.

Class 2 have been learning all about sources of light and light reflectors. We turned off all of the lights and closed the blinds so it was as dark as it possibly could be then explored different objects. We could see the light sources extremely well in the dark but the light reflectors we couldn't see until we used a light source to reflect off the material. We all got very excited when we got the glow sticks out and lit up the classroom!

We had great fun sorting different items into light sources and light reflectors then some of us got onto the challenge which was to design a dog jacket in order for it to keep safe when walking at night.

In Science, Class 2 explored how we need light to be able to see. We discussed different sources of light, both natural and man-made. We also thought about what would it be like if it was dark and we had a power cut. We discussed whether the fact that some councils are turning off street lights between 12am and 5:30am and whether we thought it was a good idea.

Class 1 have been learning about carnivores, herbivores and omnivores this week. The children began by investigating different ways they might group animals. After learning our new key vocabulary and spending some time learning what foods different animals eat, the children group animals according to their diet.

How do plugs work?

We had great fun being electricians this week!

We took wired plugs and unscrewed the plug case to reveal what was inside. We learned all about the function of the three wires and why every plug has a fuse. We reflected on previous lessons and discussed the material used for the plug case and flexible cable and related to whether they are conductors or insulators. We were all really pleased that the cable and plug had a plastic covering as we know that this is an insulator and protects us from the electric current.

To begin this project, class two experimented with circuit components in groups to try and make complete circuits to make a bulb light up. We also included a motor and a switch.

We made a prediction for each material and then tested it out. We were very excited when we included the lockers as part of our circuit and the bulb lit up!

We have had a busy week this week in Science! We had great fun testing our hearing. We played music at a low decibel up to music at a high decibel. Each time we played a quiet or loud sound, we measured how many steps we could get away from the sound source until we could no longer hear it. We concluded that the louder the sound, the further away we were able to hear it.

Super understanding from class 1 to know that all animals needs water, food, air and shelter to survive.

In science we have been learning about food chains. We have investigated what foods butterflies like to eat and made some butterfly food to see how many butterflies came to visit. We have also spent time creating our own food chains.

This week, year 3 and 4 have been labelling different parts of the ear and matching their function.

We carried out lots of experiments this week to understand how sound is made.  We recorded our observations using labelled diagrams and written explanations.     We found it fascinating when the rice bounced on the cling film when we made a loud bang nearby and it was great that we understood how and why this happened.

In Science, class 2 looked at the volume of different sounds. Using sound meters, we listened to sounds we could hear around the school and recorded the volume in decibels. We also had great fun making loud sounds with the musical instruments!