In the Invasion project, we will explore the effects of the Roman withdrawal and the chronology and geography of subsequent invasions. We will study the Anglo-Saxons and Vikings in detail, examining their reasons for invading, their settlements and their everyday life. We will also look at monasteries and the Anglo-Saxon legacy. Children will consider how we know about life in this period and investigate the Sutton Hoo ship burial. We will learn about Athelstan, an Anglo-Saxon king, and what happened after his death, before ending the project by learning about the Norman invasion of 1066.

It's time to get weaving!

Throughout this companion project we will learn about the artform of weaving and how it has developed over time. We will be exploring the materials and techniques required to create woven patterns and products.

After investigating and practising skills, we will be designing, making and evaluating our very own woven wall hanging as a final piece to this companion project.

Class 2 have made amazing progress throughout their ‘Invasion’ project. Just look at the knowledge they’ve gained!

A great big thank you to all of the adults that attended our WOW event this week.

It was a brilliant way to conclude our companion project, Warp and Weft, and we all had such a great time creating our weaving for our wall hangings.

We have had a busy week in RE this week as our Christian project draws to a close.

During reading comprehension, we used out summarising skills to sum up the main events within the story The Dreadful Day which tells of the day that Christians believe Jesus died on the cross.

We then moved onto The Happy Day, the story of the resurrection.

We used drama to create freeze frames to portray the story. Using the expressions and body shapes we were able to accurately recognise roles. 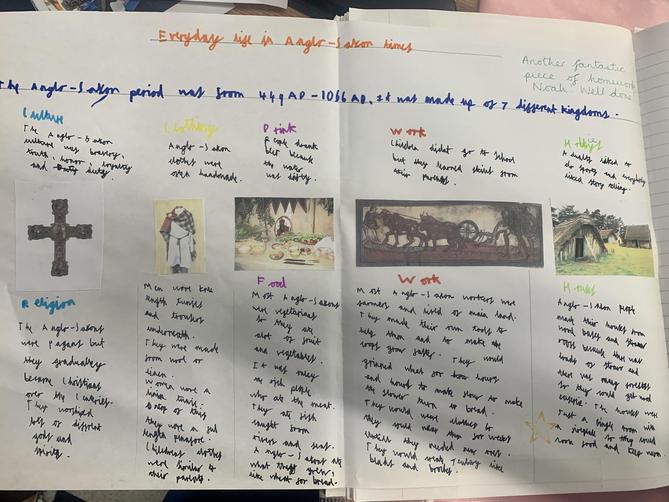 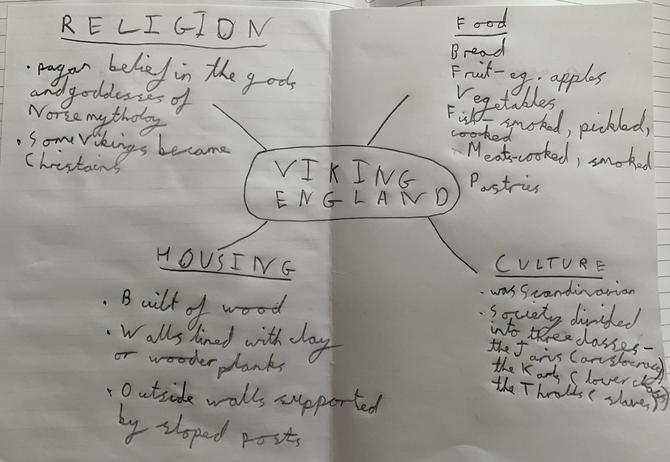 We used primary and secondary sources to create an overview of King Athelstan.

We used hot seating to consider why some of the Anglo-Saxons stayed to fight the Vikings, some ran away and some paid them a ‘Danegeld’ to leave them alone.

After thinking about the every day lives of the Vikings and learning about the roles of men and women in their society, we considered the roles of men and women in today’s society. The children made a list of what they considered to be male and female jobs, then we discussed the list and thought about whether we had seen members of the opposite sex doing these jobs or if they could do those jobs. It was a fascinating discussion and we decided that there were no such things as boy jobs and girl jobs and that we can be anything we want to be!

It was fabulous having a virtual visit from an author this week. Lucy Brandt, author of Leonora Bolt, Secret Inventor, was amazing. She  explained what made her start writing books and also the reasons behind her character choices.

After Lucy read the first chapter of the book to us, we were given a step by step drawing tutorial by the illustrator of the book. We all enjoyed drawing the character of the otter, Twitchy!

Lucy then set us a task. We had to create an invention to help Leonora escape from Craggy Island. We had so much fun as Lucy emphasised, no idea was off limits!

Click the link below to see our first parent/carer reading for pleasure session. We joined with Reception to share our books and read to each other.

This week, we practised our weaving. On our very own looms, we carefully wove our weft through our warp. Some of us found it very tricky to alternative the up and over pattern but we showed great resilience and perseverance.

Last week, we started our companion project by exploring the history of textiles throughout different eras.

This week, we investigated different types of yarn and described them according to their appearance, elasticity, texture and shape. Hopefully we will have gained lots of important knowledge when we attempt weaving next week!

We had so much fun celebrating World Book Day!

As well as dressing up as some of our favourite book characters, we all snuggled up around the campfire, sharing our favourite stories and eating marshmallows!!

We have been thinking about how to use the Internet safely and how it can be a positive resource for all sorts of reasons. We then moved on to thinking about ways we can potentially be mislead by others on the Internet. This includes strangers posing as friends, scams on banking or purchasing sites and misinformation on research and information sites. The children had some brilliant ideas to avoid these potential problems, such as only sharing passwords with trusted adults (Mrs Clarke advised them to always share their passwords with their parents/carers) and is checking a person is who they say they are before accepting a request/talking to them online.

This term, we are learning all about the Christian celebration of Holy Week and Easter.

We began by looking at the images below, thought about what they were and how they could link to our new topic.

After lots of feedback from our groups, we were able to clarify how each image symbolised a different part of Holy Week, the week leading up to Easter Sunday and how Christians believe what happened to Jesus throughout the very important week within the Christian calendar.

For our challenge, we thought about what else we would like to know about Holy Week in order to strengthen our understanding. A lot of thought-provoking and intriguing questions were generated.

We've been learning about the end of the Roman rule, with a game of 'True or False?' We found lots of interesting facts about the Roman withdrawal from Britain, including that the Anglo-Saxons were supposed to be supporting the Britons but instead ended up invading!