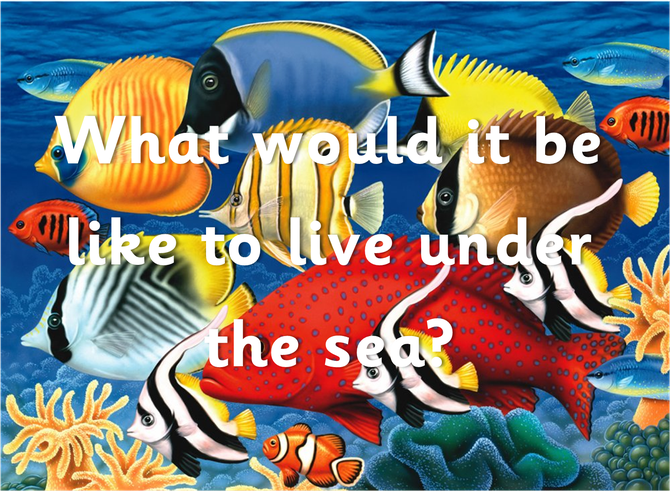 Grab your wetsuit. We’re going deep into an underwater world of incredible coral and mysterious sea creatures. Head to your local aquarium and learn about life in the ocean. Can you pick a favourite fish, plant or animal? What do real divers get up to below the surface? Create a fishy story about exploring an amazing underwater world. Time to go a little deeper into our seas. Make a model deep sea submarine that can withstand great pressure and travel to the deepest, darkest places on Earth. Make sure you test it first. What are those bright lights in the distance? It’s a group of bioluminescent sea creatures. Look closely and create a colourful, 3-D art exhibition when you rise to the surface. Flippers on? Snorkel ready? Let’s head into the Blue Abyss. 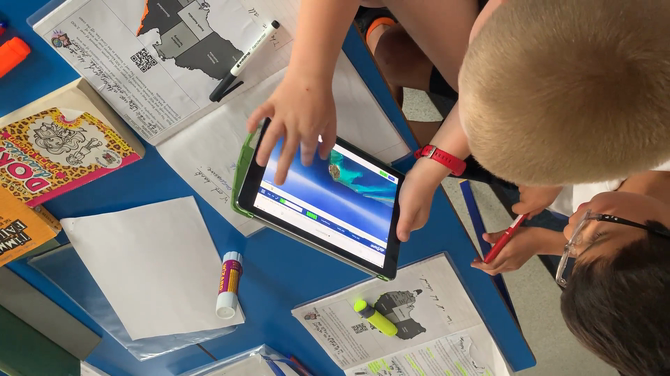 On Monday, we researched the Great Barrier Reef. We found out that it in off the North-East coast of Queensland, Australia. Using the iPads and a website called www.airpano.com/search.php?q=great+barrier+reef, we took a tour of some of the islands off the coast of Australia, which helped us to picture how huge the area is that the Great Barrier Reef sits in.

We then went on to learn, in Science, about the Crown of Thorns Starfish and the damage they are doing to coral reefs in the Indian and Pacific Oceans. This knowledge is going to help us to write persuasive letters in Literacy over the next two weeks.

This week, we learned all about Cornelius Drebbel and his most famous invention - the submarine. Looking at his date of birth, we were able to relate his life to what we already knew about The Great Fire of London, which we learned about in Class 1. We spotted that Drebbel died in 1633, which was 33 years prior to The Great Fire of London so we used what we already knew about that time to talk about why Drebbel's invention was so impressive. The children could remember not only the year the fire took place but also details about the building structures and materials, levels of sanitation, waste disposal and much more! This made a great learning link and made today's History facts much more relatable.

The next day, when Mr Clarke visited our classroom, we were able to tell him EVERYTHING we had learned the previous day about Cornelius Drebbel and his submarine.

- why the outside was greased (to make it waterproof);

- how it sank and floated again (pig skin bladders like balloons);

- how people got in and out of the submarine (waterproof hatch);

- how we know King James had faith in Drebbel (he got in it and travelled along the Thames!);

- how the submarine was steered (a rudder on the back).

Mr Clarke was so impressed with our knowledge retrieval that he gave everyone in the whole class a gold Headteacher's sticker!

We recreated Cornelius Drebbel's submarine, using the principle that if there was air inside our model, it would float and if the air was compressed, it would sink. Using a straw, some Blu Tac, some water and a plastic bottle, we saw this effect working perfectly! We trialled the model in a cup of water to make sure there wasn't too much or too little Blu Tac, meaning that the model could float. We then transferred it into the full bottle, sealed it and squeezed (very hard!) to see the effect on the model when the air in the straw was compressed. It sank to the bottom and then floated straight back up to the surface when the pressure was released. It was so fascinating that even Mr Clarke couldn't resist having a go! 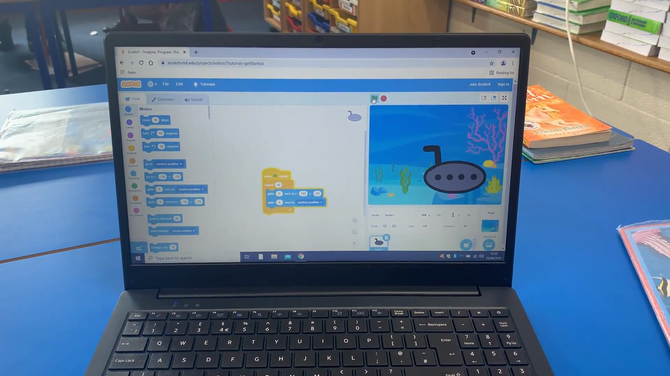 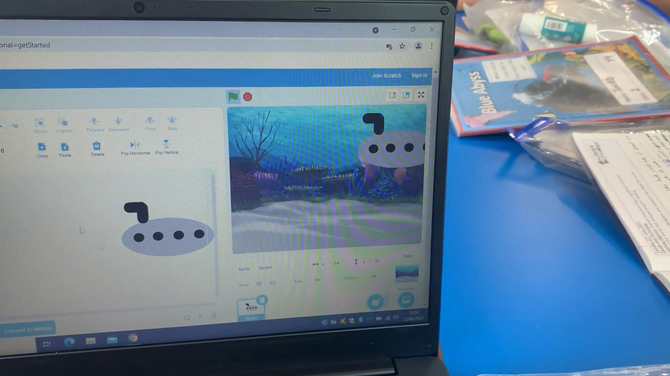 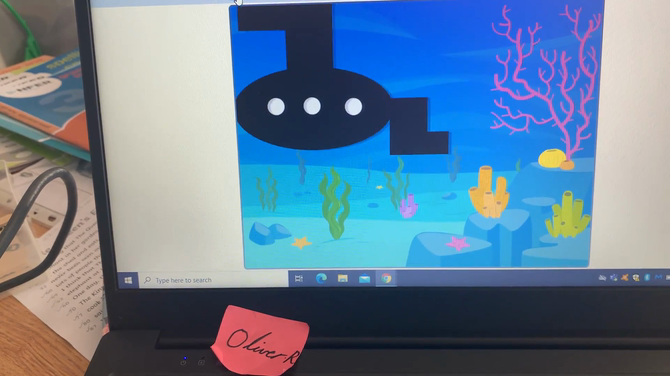 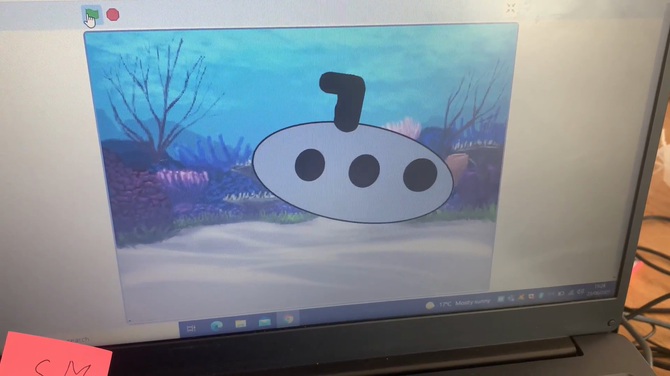 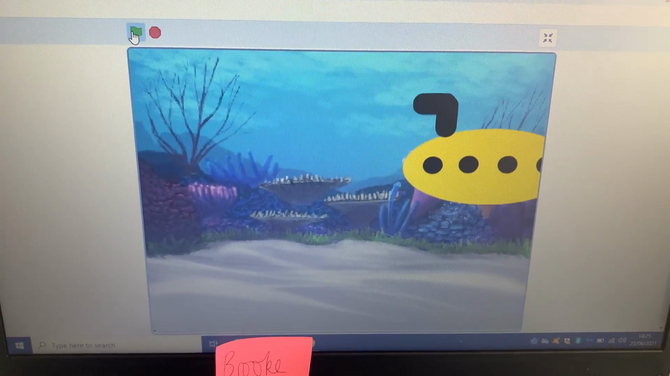 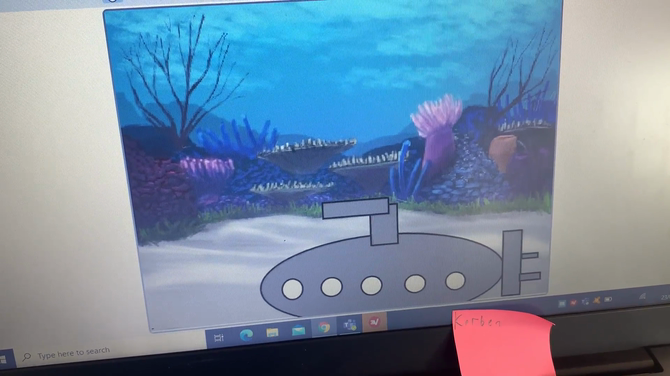 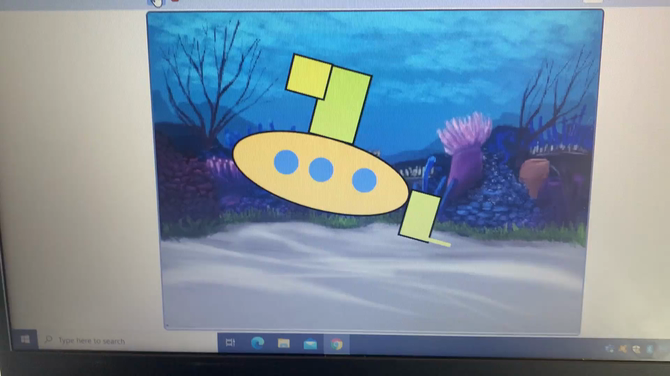 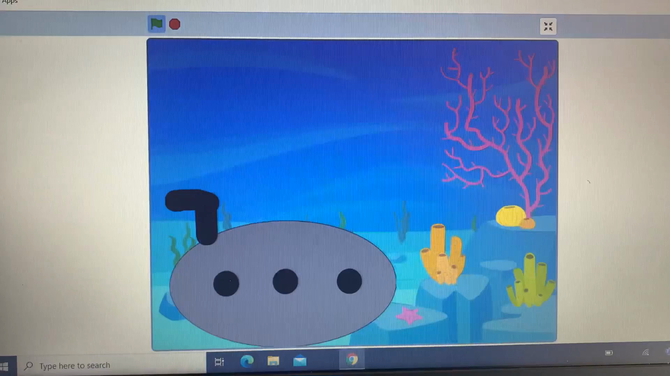 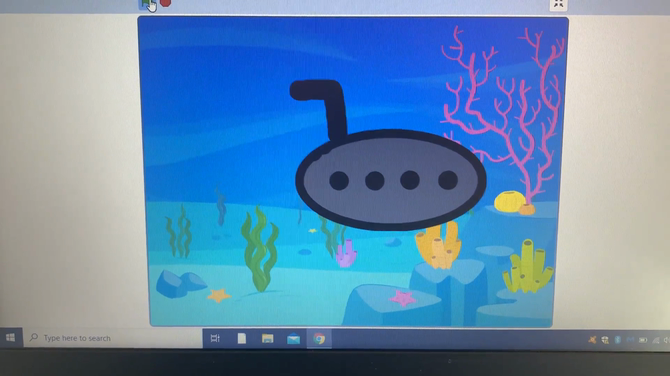 Having learned about Cornelius Drebbel at the beginning of the week and investigated making our own submarines both at home and at school, it seemed apt to use technology to reproduce a submarine as well. On Scratch, we worked in small groups to programme a submarine sprite to move left, right, up and down and we even set up sound effects to come on at a certain point! Great fun and lots of learning and relationship building taking place!

We are loving our Spanish in Class 2!

We played a game in groups to learn the vocabulary needed to express how we are feeling.

We are getting far more confident with our Spanish conversation and can greet others, ask and tell people our names and ask them how they are feeling.

This week we have continued learning about how Muslims celebrate the Hajj.

We combined our RE lesson with reading comprehension and SPaG by using our retrieval skills to obtain lots of information then summarising our findings into paragraphs with sub-headings.

Some wonderful informative writing was produced and we really have started to comprehend the enormity and importance of the Islamic calendar event. 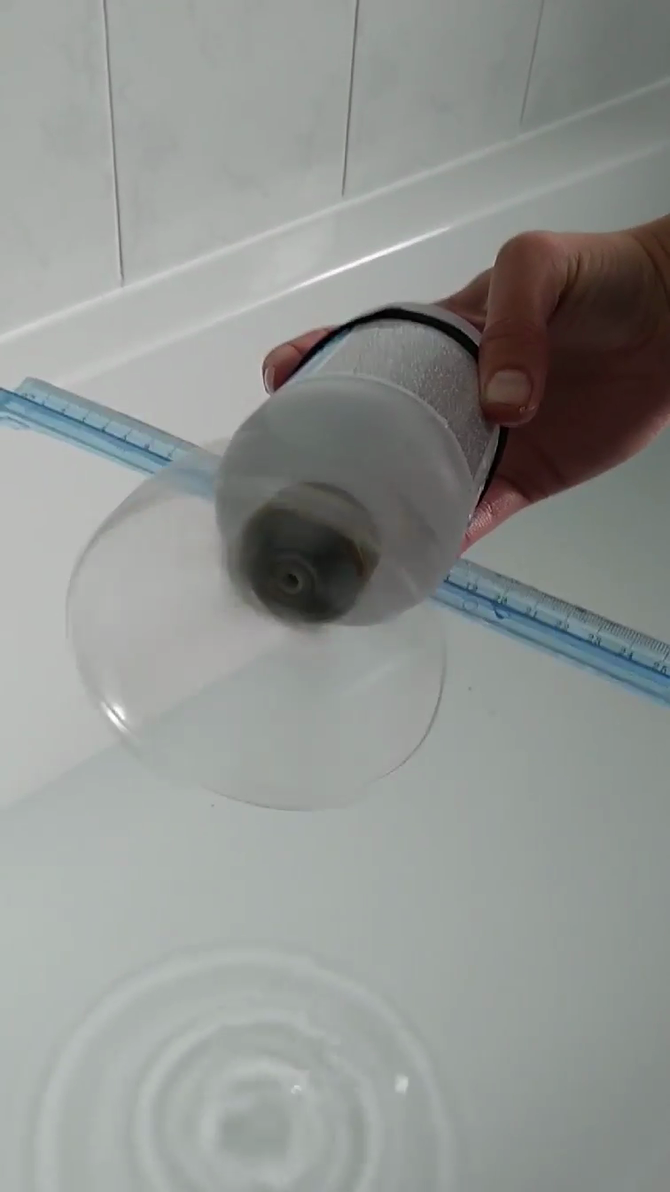 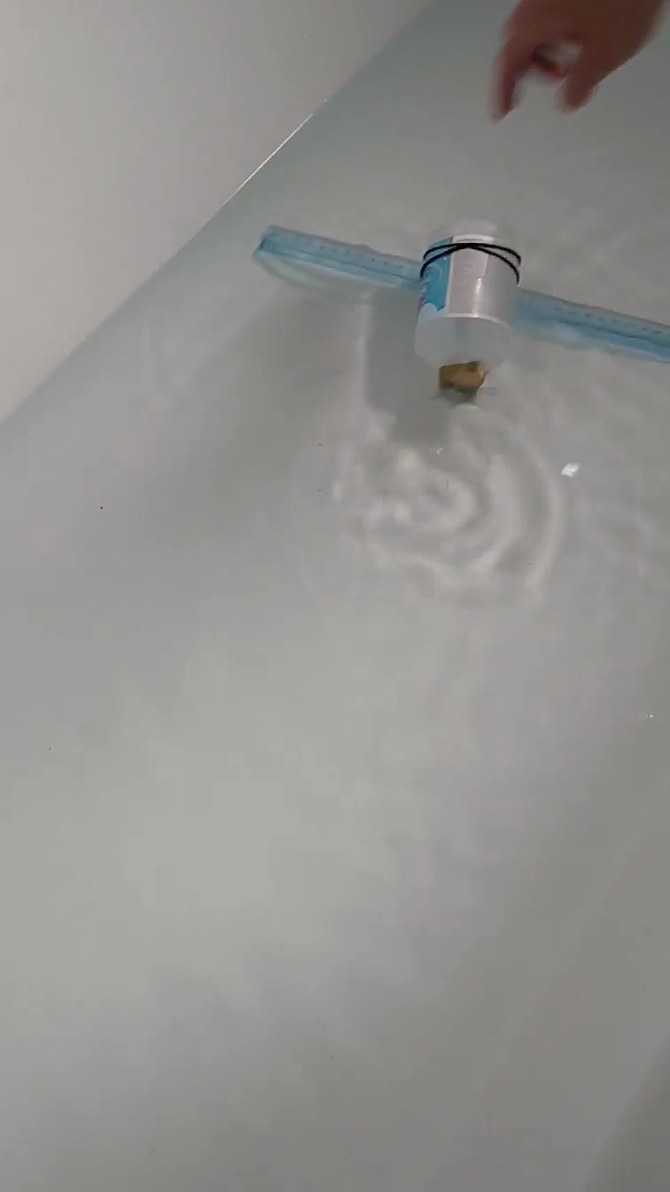 It was a real pleasure to have these photos and videos pop in my inbox! Well done, J, on creating a moving submarine! He has gone above and beyond my expectations for this homework and I'm thrilled that he was able to use household items to produce a successful model! I can't wait to share these with the class.

We had fantastic lesson looking at the different ways animals have adapted to live successfully in the ocean. We learned that anglerfish use bioluminescence to attract their prey and have huge mouths to scoop up anything and everything in the dark! We also looked at stonefish and learned that they are camouflaged against the ocean floor so that predators and prey don’t know they’re there. The children were so fantastic at explaining their new knowledge that Mrs Clarke decided to take them outside for some silly adaptation conundrums such as:

A lot of silly questions resulted in a fantastic demonstration of learning, a lot of enthusiastic role play and super application of knowledge on totally ludicrous scenarios!

Our first Spanish lesson was amazing! We all joined in, even if we were a little nervous, and showed great risk-taking this afternoon!

In pairs, we greeted each other and told each other our names. We can’t wait until our next lesson.

RE through reading comprehension

As an exciting way to begin learning about the Islamic faith this term, we tried on some clothing that Muslims would wear. It was so much fun!

We then looked an image of The Hajj.

We used our inference skills to think about what we could see, why we thought it might be happening and how we would feel if we were actually there. This provoked lots of discussion and the room was buzzing with opinions. We also did really well using the image to provide evidence to our questions and looked very closely at every detail.

We have been busy writing calligrams this week, based on the sea creatures we have been classifying in Science!

To start off our project, we looked at different ways of classifying sea creatures, before learning about the different layers of the ocean and which creatures can be found at each level. We found out that the trenches level can be as deep as 11,000m!