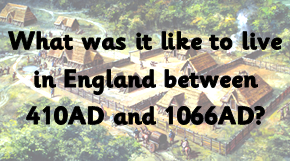 'Traders and Raiders' is a project all about the Anglo-Saxon and Viking rule of England. It is driven by History and Design and Technology (DT), with Geography, Art and Design and Music links throughout as well.

There is lots of hands-on learning in this project; the children will be asked to build a long boat, analyse and create weapons, create their own charms and create Viking patterns. We hope they will thoroughly enjoy learning all about life in England over 1500 years ago!

Today (Monday), we have been printing! After looking at some Anglo-Saxon patterns, we tried creating our own! There were two techniques that we used - one involved printing on a raised surface (we used art straws stuck onto polystyrene tiles) and the other involved a form of engraving, also on the polystyrene tiles. We used printing ink and rollers to create an even covering and then printed both techniques onto cotton. Most of the children found that the process was simpler than they expected and we really enjoyed learning some new art techniques!

We finished our Anglo-Saxon necklaces! Once the paint had dried, we threaded the beads onto some delicate thread. We found that as the clay dried, some of the holes became a little smaller, so we agreed that this was something we could remember for next time. It did make it quite challenging to thread the beads onto the string, but all of the children were really resilient and resourceful, using items from around the classroom to help them push the thread through the bead.

After many battles between the Saxons and the Vikings, Alfred the Great and the Viking King Guthrum made an agreement to stop fighting and share their land. This was called the Treaty of Wedmore and allowed peace to fall over England. The treaty designated different boroughs to each side. We used our mapping skills to explore this and drew our own maps with keys. We were quite excited to find out that Boston, and where we live today would have been under Viking rule!

To enable us to understand how the Treaty of Wedmore would have evolved, we separated into Vikings and Saxons under the rule of Alfred the Great and King Guthrum and produced freeze frames for the battles and agreement.

We all commented on how the atmosphere improved after the agreement and we were very surprised that Alfred the Great even became King Guthrum's godfather!

We have been practising our summarising skills today. We read some information about why Comic Relief was created and how it raises money to help different people and children all over the world.

We then combined our summarising skills with our learning from recent SPaG lessons and create some wonderful writing about Comic Relief, organised into sub-headings and paragraphs.

Our writing was great and it really gave us an insight into what Comic Relief is all about.

We also did a fantastic job dressing up as superheroes to celebrate the occasion. Such a fun day!

By listening to the story The Search for the Truth, we began to understand what Prince Siddhartha had to do to become enlightened and transform into the Buddha.

Prince Siddhartha used meditation to ignore distractions and fight off the evil Mara. He really felt he understood the truth behind suffering and went on, as the Buddha, to teach people how to accept this and find inner peace.

People of the Buddhist faith meditate in order to gain a deeper understanding of both themselves and the world around them. It is also used as a tool to calm the mind.

In class, we discussed situations that make us angry, cross, upset and anxious. We thought about what we do to calm down in these situations and we created posters to share with others in order to try and teach others ways to find peace, just like the Buddha.

Today, Wednesday, we have been busy painting our Anglo-Saxon jewellery using acrylic paints. We chose acrylic paint because it would not soak into the clay and it would create bright colours, just like the amber and amethyst we found in our research.

On Monday, we put our research into action, when we made our own beads to go onto Anglo-Saxon necklaces. We had to think about the properties of the material that we were going to work with - in this case, clay - and decide why it was suitable for the job. After some discussion, we decided that it was perfect because although it dries hard, it is soft, malleable or mouldable when wet so it would be perfect to achieve the smooth finish of the jewellery.
Week 3

Bee hummers, bubbles, magnets and optical illusions! We had so much fun exploring a range of science concepts! 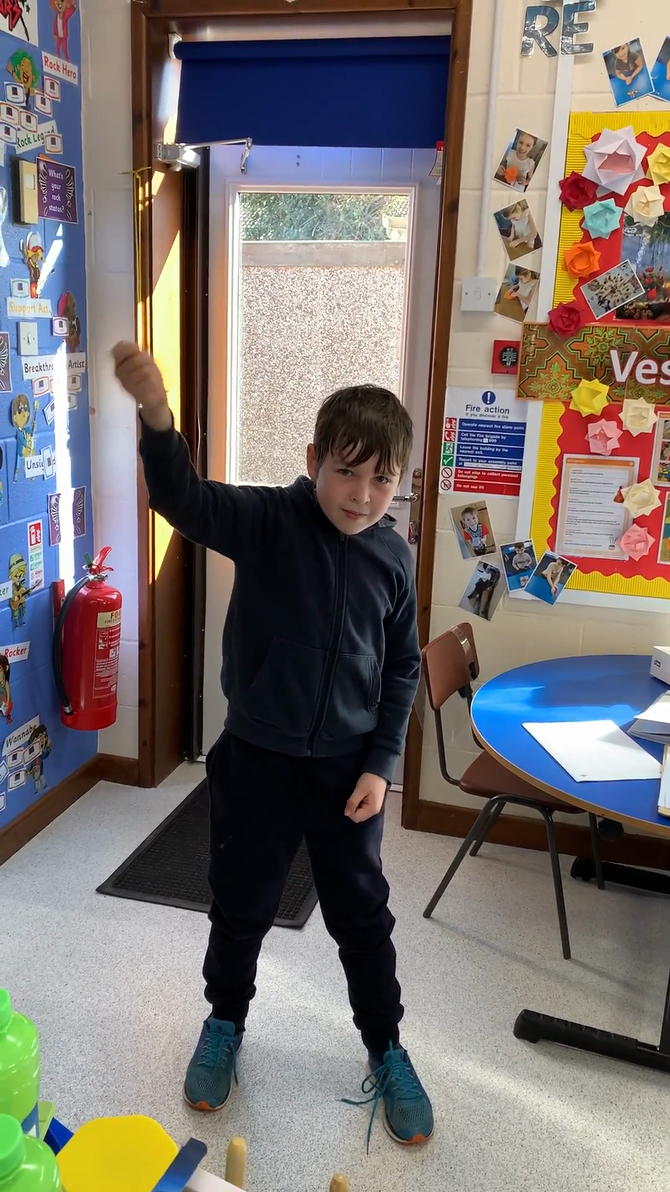 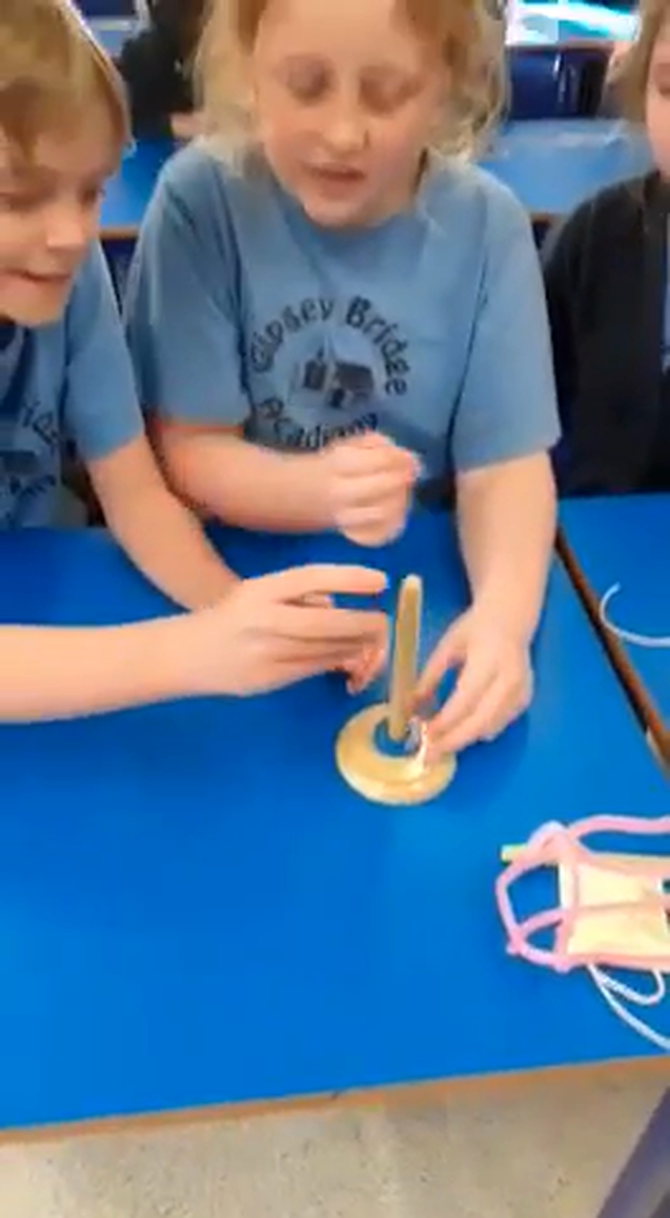 In DT, we have been applying our 5 Rs to our learning. After so much time apart, it was so good to be able to work together, discuss our ideas and help each other to develop and improve the techniques we used to build our prototype Anglo-Saxon homes. The DT words we were encouraged to use were ‘strengthen’ and ‘reinforce’, which the children did a brilliant job of using throughout their discussions. They only had limited resources to encourage teamwork! It was a brilliant afternoon and Mrs Clarke was very proud.

We have been sketching Viking gods and goddesses! Using our self-assessments from earlier in the year, we developed our sketching skills, using a range of different art pencils.
Week 2

This week, we looked at the Buddhist story of 'The Four Sights'.

We discussed the impermanence of life and spent a long time creating beautiful Mandala patterns. Similar to Buddhist monks, we wiped these patterns away to show that how nothing in life is permanent and to appreciate everyday.

We started to think about our Big Question: 'What was it like to live in England between 410AD and 1066?' In school, we worked in research groups to find out facts about different aspects of Anglo-Saxon life. The children working at home also chose an area that was of interest to them and used multiple sources to find interesting facts and information.

We presented this research in the form of information boards or PowerPoints, using a range of formats such as paragraphs, diagrams, pictures and bullet points.

Using recyclable materials, the children created their own weapons, based on their research. They were asked to focus on the properties of the materials and choose them on the basis that they were strong and sturdy enough to be effective during battle!

The Romans built many forts along the east coast so that they could spot Saxon seaborne invaders. These invaders were travelling from Germany and Denmark and were a great threat to the Roman empire.

Using a digital mapping programme, we located the positions of them and then labelled them on a map of England. We then looked further into why they were positioned there and which river or estuary they were protecting.

We used the old Saxon names to label them then discussed the modern names that they are now known by.

This term we are learning all about the Buddhist festival of Vesak.

We read the story of The Birth of Buddha and thought carefully about how Prince Siddhartha was so special and the reasons why this may be.

We then looked into the significance of the lotus flower within the Buddhist faith. Buddhist people believe that the way the lotus flower grows in dirty, muddy water and then produces flowers which grow upwards out of the water is like a human who has faults and failings but is they follow the Buddha's teachings, can grow into a better person.

Here are some of out origami lotus flowers.

Our first DT lesson was to build Anglo-Saxon boats that were big enough to fit the men, their animals and belongings in! Below are photographs of some our children working from home with their creations, as well as the Key Worker children in school. We love the attention to detail and the variety of materials used. Well done, Class 2. We absolutely love seeing your home learning. 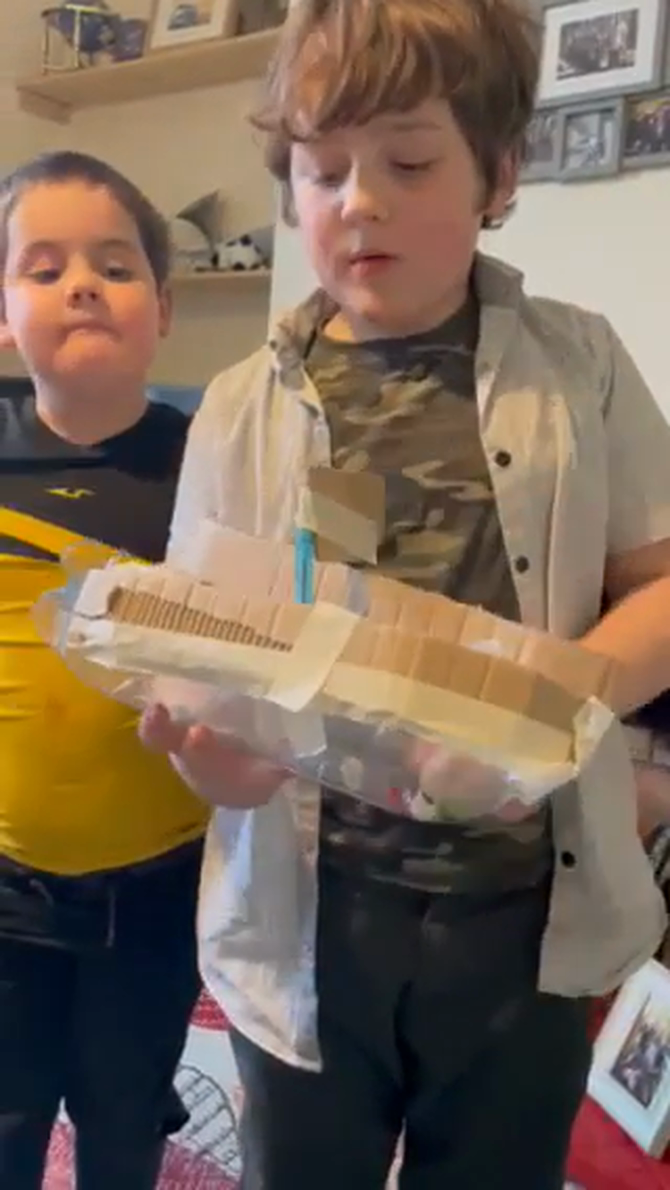