Our JOSOs (Junior online safety officers) attended their first meeting with other local schools to begin to learn about how to keep themselves safe when using the internet. They will be leading this work throughout the school by completing the missions set by LCSB.

Years five and six learnt how to ride their bikes safely on the road.

The whole school spent the day learning about how to keep safe on the road and when travelling in a car. 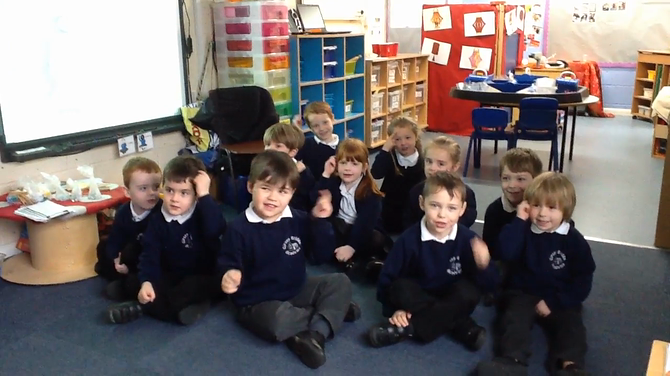 SID (Safer Internet Day) We focused on giving and seeking permission to share information online and looked at a range of everyday scenarios to help with this. The children then decided which answer around the room best matched how they felt about it and explained their reasons.

In class three pupils were told in the morning that they were going to play a game and on the post-it on their desk, they needed to write down the name of their pet, their favourite colour, their favourite sport and the names of their parents.  This they obediently did.  The 'game' was to then go and give their personal details to other people around school to see if they could guess who it belonged to.  Towards the end of the day, once asked if Mrs Cockram could take the details given and share them with other Heads, the pupils said no that they did not want their personal information going out of school and they did not give their permission.

People often appear really nice on the internet, and many are, but they are strangers, just because we have shared a game and they have told us their name does not mean that we know them.  We do not give strangers our details in real life so do not do it on the internet.  We do not know what they plan to do with our information - keep it safe - don't tell!

A second assembly from our JRSOs (Junior Road Safety Officers)

Our second JOSO meeting - we now have missions to complete before we meet again in April.

We are signed up for SID (Safer Internet Day) 2019

Our Junior Online Safety Officers attended their first meeting at Spilsby where they discussed the internet, APPs and terms and conditions used

We are excited to share that we now have mini police in school - they are a visible presence in school to support all children.

Our JRSOs led a whole school assembly to talk to pupils about how to stay safe when crossing the road.

We have had our local Community Police Officers in school who have told all about the scheme Mini Police. We can't wait to get started!

E-safety meeting with Kyra East - how can we work together to keep children safe when using the internet?

E-safety have completed their second mission

The internet safety topic was very successful. We all took part in achieving this. Now the school understands how to stay safe on the internet. The school took part in every activity we did and had fun whilst learning. The school council learnt new things too. The questionnaire we sent out was about what pupils thought they could share online. The results were that most children understood. I think we need to make children more aware of the age limit for social media. We will put the findings below of how many people have social media in each year group:

We celebrated SID (Safer Internet Day) on Tuesday 6th February, inviting parents in at the end of the day to see what we had been learning. An envelope full of up to date information was also sent home for parents.

The E-safety team have completed their first mission...

We have completed everything for the YouTube awareness activity. The pupils understand the dangers of YouTube which is great news. When we started mission control we sent out questionnaires which helped the students, School council made the questionnaires.

We also wrote scripts for the assembly which then made a great impact on the other children in the assembly as we now knew what we were going to say. We also noticed that the children were participating in all the questions as productively as possible. Also the children were giving good quality answers and putting their hand up if they a question that needed to be answered.

We also made a great film which helped students understand about internet safety, also the parents learnt things and they understood the rules, as most students thought that the rules of YouTube was that you had to be 8 to 10 years old to make a YouTube video which is not in the policy for YouTube. This helped them understand more which was a great help to this school. The whole School Council are glad that was successful.

We started the Mission Control project because we thought it would help the school and it definitely has. We are going to do many more Mission Control activities just like this. The whole School Council is glad that this was a success. We found this extremely fun to take part in this project; this really shows how children can work together as one!

Our JRSOs are holding a competition in school; they launched it in an assembly.

Our E-Safety ambassadors passed their training!

E-Safety Day two with a focus on the risks online, 'friends' we meet online and passwords. We now have a selection of activities to do in school next term.

Our JRSOs led their first assembly - it was fantastic and was all written and delivered by them.

Our JRSOs have now received their training

Stranger Danger and E-Safety - an assembly where we talked about keeping ourselves safe on the internet and when we are out and about.

This year we are working collaboratively with schools in Kyra East on E-Safety.  Pupils are gathering together with Internet Safety Specialists, exploring the skills and knowledge needed to keep us safe on the internet.  The E-Safety Ambassadors are then tasked with disseminating this information to the rest of the school.

We cannot wrap our children in bubble wrap; we need to equip them with the skills needed to keep themselves safe.

The group will meet again at Spilsby Academy in October 2017.

E-Safety with the NSPCC

Supporting our parents with keeping their children safe on the internet

Keeping ourselves safe around dogs - The Dog Trust visited and ran workshops for each class in school.

Learning how to ride a bike on the road safely.